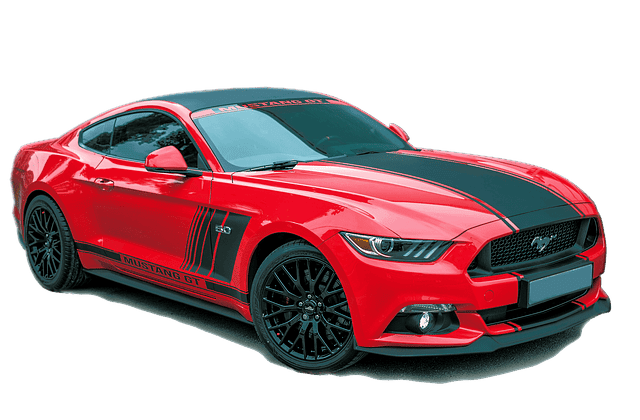 The 5.0 Ford “Coyote” is the latest V8 engine. It has replaced the earlier 4.6 L / 5.4 L modular version in the Ford F150 and Mustang GT for the model of 2011 year. Like all other engines, this engine also has several issues and so here we are going to talk about 5.0 Coyote engine problems.

The coyote engine is known as one of the rock-solid engines of Ford modular versions. It is the most reliable engine overall. Over the years, Ford has brought some remarkable changes to the coyote engine. When Ford first released its coyote engine in 2011, it made 412 horsepower, whereas, in 2018, the horsepower reached was 460.

In the following overview, you will find the seven most common problems found in Coyote 5.0 engine.

Here we will be discussing the seven most common problems observed in coyote engine 5.0. We will also give DIY (Do it yourself) instructions for some issues.

Engine issues are common, and you do not need to panic over them. If you have been using your car for a long time, the engine issue may occur due to wear-n-tear. Also, there might be multiple reasons that would affect your Fort or Mustang GT’s Coyote engine performance.

Situations of oil leaks on a car can lead to serious mechanical failures or safety risks on the road. Oil plays an important role in for vehicle’s engine. It creates a film on the surface to avoid wear, prevents overheating in the moving parts, and protects them from corrosion. It keeps the engine clean. Its leakage can cause significant damage to the engine.

There might be multiple reasons for oil leaks in a car including:

Gaskets like O-rings are made of rubber, which loses its durability and elasticity over time. As a result, the car begins to leak oil from the contact surfaces sealed by these elements.

Increases pressure in the system

As impurities increase, the flow capacity of different parts of the lubrication system reduces, resulting in a localized increase in pressure. The pressure can also increase due to clogging of the crankcase ventilation elements, which causes the exhaust gases to enter the lubrication system. Thus, the oil expels through the seals.

Loose bolts and incorrect tightening sequences can cause deformation or cracking of the gasket.

They can be caused by the entry of a foreign object or by an obstacle since the oil pan is very vulnerable to shocks.

The operation of the spark plug requires a high voltage current supplied by the ignition coils.

What is an ignition coil?

Its particularly complex structure allows it to generate a fairly powerful spark to trigger the combustion of the air-fuel mixture.

The ignition coil emits a very high voltage, which circulates inside the spark plug, entering through the connection end provided for this purpose (ignition harness).

The electricity then flows to the central electrode to reach the so-called “ground” electrode, causing a spark in the space between these two electrodes.

A fault can manifest itself as follows:

– The engine will not start

Poor acceleration or loss of power

Without a spark, there would be no way to ignite the fuel in the combustion chamber. Spark plugs are an essential component of the internal combustion engine. Good spark plugs burn fuel efficiently, while bad or failing spark plugs can prevent the engine from starting.

Listed below are some common symptoms of worn spark plugs or spark plugs that have stained:

The most usual cause of bad acceleration on most of the vehicles is an issue in the ignition system. In modern systems, slow acceleration might be due to a sensor, however, a faulty spark plug could be a probable cause too.

When engine’s spark plug is optimal, it benefits to burn fuel effectively in the cycle of combustion. That times, your car may achieve better than average fuel economy. When the plug does not perform optimally, it is often due to the gap between the spark plug electrodes being too close or too far apart. If your vehicle has a reduction in fuel economy, it could very well be attributed to a worn spark plug.

If you are having trouble starting your vehicle, it could mean that your spark plugs are worn out.

So, if the faulty spark plug is an issue, replace it with a new spark plug.

The electronic throttle controller is of the most vital systems currently in use, which receives an electrical signal from the physical action of depressing the accelerator pedal and controls the opening and closing of the throttle body.

A faulty throttle can be recognized by observing the following symptoms:

The throttle controller is electrically controlled, unlike the old mechanical cables. In some cases, it might be disturbed due to a loose electrical wire, a relay control problem, or damage to a sensor. Either way, the throttle controller will lose a signal and issue an intermittent throttle command. Sometimes it is a minor problem that is more annoying, while other times, it can cause the vehicle to stop or prevent the driver from controlling the accelerator pedal.

A faulty electronic throttle might cause the engine to face issues while accelerating or even cause it to “stumble” when the drive engages with it. A fault throttle causes poor performance and can be a safety issue if not inspected and repaired promptly. It can lead to accidents or even throttle sticking.

A damaged throttle controller consumes more fuel. In this case, the problem may be caused by a poor linkage of the throttle control and the engine air-fuel mixture which is regulated by the mass airflow sensor on many cars.

It is also one of the significant problems of a Coyote engine in Ford or Mustang GT. Stalling occurs if there is a lack of fuel or no airflow, or improper ignition. Proper airflow is needed for your engine to function well.

A dirty throttle seizes a constant power from the battery. Also, as the throttle is not clean, it may hinder the ignition process and airflow. Air coming from the air intake cleans the car before going to the engine. On its way to the engine, due to the dirt accumulated at the filter due to pollens, leaves, and debris, the airflow may not be clean, and a sufficient amount of air cannot reach the engine.

How to clean the throttle?

Well, cleaning of throttle is not a Do-it-yourself task. Though, if done with the right types of equipment and in a precise way, you can do it by yourself. Follow these steps to clean the throttle:

While removing the air duct from the throttle body, it might need a little twist and some energy to pull it up. Also, if the air duct does not get removed easily, Stop right there! Do not continue with the process. Also, wear eye protection glasses and hand gloves before starting to spray cleaner on throttle body and removing the dirt.

At times you might observe that the RPM of your car drops after driving a few kilometres and shoots up again. It is caused due to faulty pressure sensor.

A faulty pressure sensor causes the Coyote 5.0 engine to malfunction. It affects the engine performance and driving experience. The issue is persistent in some car engines while it might not be that severe in others.

Rough Idle is identifiable by shaking and bouncing sensation in the vehicle. Other identifiable actions are a sudden drop in RPMs, Odd sounds coming from the car.

Rough Idling causes down the performance of the engine, reduced fuel economy, issues while starting the car, possible major 5.0 Coyote engine problems in the future.

It is advisable to check the pressure sensor for faults. If found faulty the only solution is to replace it.

The role of the Exhaust Gas or Recirculation valve is to reburn part of the exhaust gases in order to reduce pollution (by cooling the combustion it is possible to operate in a lean mixture). This return of gases to the engine is controlled by a movable valve.

Symptoms of an EGR Valve Failure:

The side effect of a malfunctioning Exhaust Gas or Recirculation (EGR) valve is that the engine does not function optimally due to the gases that are injected back into it.

Why does an Exhaust Gas or Recirculation (EGR) valve begin to malfunction?

An Exhaust Gas or Recirculation (EGR) valve begins to malfunction when it gets dirty because the mobility of the valves then becomes poor. The entire system is then disrupted and the vehicle’s central electronic computer can then go into a degraded mode, causing impaired operation of the car and therefore loss of power.

Is the 5.0 Coyote a reliable engine?

Yes, it is a rock-solid and reliable engine. It utilizes a forged crankshaft and forged rods. In addition, it uses traditional fuel injection.

How long does a 5.0 Coyote motor last?

The Coyote engine lasts more than 200,000 miles found in the Ford F150 and Mustang GT as long as you take proper care of it.

Having learned the minor but significant issues of the Coyote 5.0 engine used in Ford or Mustang GT, we believe you can identify the problem and solve it in some cases.

Remember that if the issue is prominent and can’t be resolved without expertise, then DO NOT PROCEED. Having patience and waiting for a mechanic or technical aid is a preferred option than trying DIY and landing into another major issue.

All the seven 5.0 Coyote engine problems mentioned above directly or indirectly hinder the Coyote 5.0 engine’s performance. If not diagnosed and treated they might turn out to be damaging.